Does Healing Touch for Animals Work? 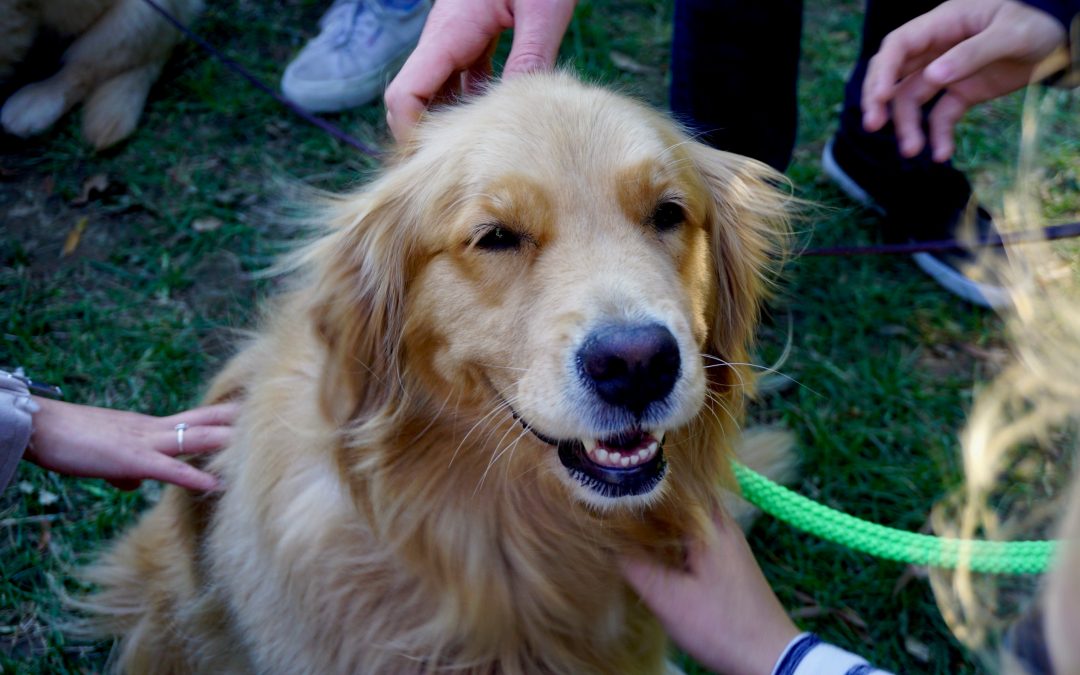 Photo by Kenan Kitchen on Unsplash

My Experience with a 3-Day Workshop

What is Healing Touch for Animals?

I heard about HTA several years ago. I was learning a bit about animal communication, as I’ve taken the time to do every few years since my impressive first experience with an animal communicator, and Healing Touch for Animals kept coming up. I did some research and this is the description from their website:

Healing Touch for Animals® techniques supports the animal’s energetic body so the physical body and mental strength can maintain the health and wellness they deserve. Healing Touch for Animals® teaches students how to assess an animal’s energy system followed by specific techniques (using touch, near-touch, essential oils, and/or sound therapy) to clear balance and strengthen the energy system.

Hmmm…sounds a bit “woo-woo” doesn’t it? Yet, intriguing. There is no doubt that all living things are comprised of energy systems, and it seems reasonable that one energy system could influence another. I wanted to learn more. I was surprised to find there was a beginning level class being held less than 2 hours from me. I signed up and a few weeks later, my adventure began.

I arrived later than planned, so was concerned when I pulled up to an old Grange Hall with the doors closed and only a few cars in the gravel parking lot. I parked near one of the other cars and tentatively got out, not yet sure I was in the correct spot.

Two women began unloading tables and boxes from a truck. Another few people milled about looking as lost as I felt. I approached one of them to ask if this was the Healing Touch for Animals class. It was. One of the women said there had been some kind of problem with the door or the key and also there was no electricity, so things were running behind.

It wasn’t exactly the professional experience I had expected and I began wondering what I’d gotten myself into. I’d been picturing a workshop in a hotel conference room with air-conditioning, coffee, snacks, and overly exuberant people welcoming us to what was sure to be a life-changing experience. Instead, I was looking at a dilapidated building with no electricity and people barely making eye contact with one another.

I realized perhaps the heat and a nagging headache were making me more negative than I needed to be. I was here, I would work through my discomfort, and make the most of it. Within 30 minutes, or so, I had a name badge, a packet of information, and a workbook. This first day was dedicated to learning the basic concepts and theories behind the techniques. The second day was mainly about practicing what we were learning on small animals, and the third was for large animals.

Before too long, about 20 of us were seated in a circle in folding chairs. After some housekeeping announcements, like how we needed to take a flashlight into the bathroom since there was no electricity or window for light, and how we should have electricity soon, we got down to business. My apprehension soon vanished as I was captivated by the stories and the science of HTA. Our instructor explained about energy systems, chakras and so much more. I scribbled notes in my workbook, hoping to capture enough details so I could remember all the information later.

After learning so much I thought my brain couldn’t handle any more input, we switched to more tactile exercises. We were going to practice feeling each other’s energy so we could be familiar with the action and sensations before trying it out on animals. Practicing on each other would help us know what feeling energy was like from both the subject’s and healer’s points of view and build our confidence by getting verbal confirmation that what we felt was real. Once we started our exercises with dogs the next day, we’d have to rely solely on non-verbal cues.

Our assignment involved assessing another person without touching them — just running our hands over their head, shoulders, arms, and down their back, noting if any areas felt different — such as blocked, or little energy or lots of energy. After each attempt, we’d report what we felt and the person would confirm if they have any pain or tension in the areas identified. We did this on several people so we could get an idea of what different people’s energy felt like.

The exercise went well. I couldn’t always feel differences, but sometimes I did identify what was later confirmed to be the location of previous surgery or chronic pain. I could see how with more practice I would get more attuned to subtle shifts in energy.

I arrived at the Grange Hall with much more enthusiasm the second day. Several of the workshop participants brought their dogs as practice subjects which created a casual, friendly atmosphere. As we got into our lessons for the day, it was soon evident that one of the dogs was still way too much of a puppy, and though adorable, was more distracting than helpful. The other 5 or 6 dogs were well behaved and sat or laid quietly as we practiced our new techniques. These techniques were simple enough that we could understand the concepts behind them with only a few hours of instruction we’d had, but they also seemed effective, or like they could be effective once we’d had enough practice.

Our assignments for the day included assessing for energy imbalances and then, if we found any, attempting to bring the animal more into balance. If an animal has been brought into balance, or at least some progress is made, he will typically become very relaxed.

Working in groups of 3–4 we’d assess each dog assigned, discuss what we felt, and then attempt treatment. Since HTA is non-invasive and is based on energy and intention, this is not as foolish as it might seem. At the least, the dogs feel the pleasure of getting lots of human attention, at the most, we are successful in helping the animal regain energetic balance. There’s no danger or downside for the dogs, particularly since people were asked to only bring their dogs if they are very friendly, secure, and open to being touched. It wouldn’t have been a suitable experience for a fearful or unsocialized dog.

As with the practice session on each other the night before, I could easily feel some dog’s energy, but not all. Some dogs seemed quite relaxed after their treatment. Their heavy sighs and sleepy eyes were testaments to our balancing techniques working. For other dogs, the effects seemed minimal or non-existent. Working with a variety of dogs allowed us to get a sense of different energies and responses. By the end of the day, I was exhausted and could have used some rebalancing myself. I was excited to be learning so much but was ready for a break. I happily headed back to my hotel, ordered a pizza, and got some much-needed sleep.

The last day was reserved for large animals, in this case, horses. The class was being held at a horse ranch about 20 minutes out of town. Not having spent much time around horses, I was feeling quite apprehensive about this day. I understood dogs pretty well, but horses?! Not at all. Upon my arrival, I put on a brave face, opened my mind, and headed into the barn.

Fortunately, our instructors understood that many people are fearful of horses, so helped us address our fears right away. Our horse subjects, most of whom were therapy horses, were gentle, good with people, and would have a handler nearby at all times. Our teachers wanted us to experience working with horses, even if it meant facing some fears because horses are very responsive to HTA and because they are so big, their energy is also big. It is easier to feel a horse’s energy than a Shih Tzu’s or a Golden Retriever’s.

Before bringing in our horses, we had a bit more verbal instruction and heard some horse-specific stories about HTA. It was freezing in the barn and even though the stories were fascinating, I wanted to get to work so we could move around a bit. Eventually, we were separated into groups according to our experience level with horses.

Our group’s handler told us that “Gray” was a gentle horse, but could give us some attitude if he sensed fear. She told us that when we put our hands on the horse during assessment and treatment to be confident. I had expected a somewhat small and very docile horse to be brought to us, but instead, a large horse prancing with pride and excess energy was led in. The handler calmed him and told him to stand in place while we began the assessment process.

Gray’s energy was much easier to feel than that of the humans or the dogs we’d worked with. I could sense the energy and the direction it was flowing. We were all excited that this was so much easier than our experience with dogs the day before. Gray was a bit restless, trying to move around as we each took our turn assessing his energy. By the time we were ready to start treatment, we wondered if he’d have the patience to stay still any longer.

Working as a team with a student at each leg, we began sharing our energy and encouraging its flow in a specific direction. Within minutes the most remarkable thing happened. This horse who had seemed moments from bolting not only calmed down but was nearly asleep. We’d done it! This was the most desirable outcome possible from this exercise. We’d helped the animal reach such a relaxed state he’d almost fallen asleep.

The other groups of students had experienced similarly powerful responses with their horses, so we were all feeling elated and chatty during the lunch provided by our ranch hosts. Those of us truly new to energy work, myself included, were especially excited by the powerful and easily felt energy of the horses.

I left the workshop with a sense of amazement. Being both a lawyer and an artist, I have a strong skeptical side that is balanced by an openness to alternative practices and ideas. I wasn’t sure how much I believed in HTA before the class, but after the three days I had just experienced, I was convinced. This is energy work that I could do and start practicing right away on my cats and dog. It’s not a replacement for veterinary care. It is a complementary therapy that can be used to assist healing and provide an ongoing way to support the health of my furry babies.

I’d recommend learning HTA for anyone with an interest. Though it ended up my animals were still too young to sit still while I practiced on them, I have occasionally used it over the years as they have gotten older. I don’t consider myself a practitioner, but know I could be with more actual practice.

An unexpected outcome of the class is that shortly after returning from the workshop, I tried something based on a story one of the instructors told. I started brushing my cats using energetic intention. I paid attention to what I was doing and how it was affecting them. The result was that I soon become the only person they want brushing them. (For more about that — Are You Brushing Your Cat Right?) Maybe that was the outcome I needed at the time — or that my cats needed — but now that I’ve rekindled my enthusiasm, I am looking forward to actively practicing Healing Touch for Animals more frequently and seeing how it can help our cats and dog.